Hold on, It Keeps Getting Better!–2012 BBB Torch Award in EthicalEnterprising 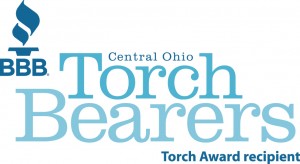 Columbus Moving Company, E.E. Ward is starting the summer off with a bang as the Better Business Bureau has recognized the company with the 2012 EthicalEnterprising Torch Award.

Thanks to your support as a fan and the contributions of the rest of the E.E. Ward team, I now have the honor to blog my first announcement that E.E. Ward  has received the 2012 Better Business Bureau’s Torch Award for EthicalEnterprising. For the past 15 years, the BBB has honored five ethical businesses annually that have generated the highest level of trust among their employees, customers and communities.

The BBB Center for Character Ethics, a national award-winning program, is the premier public recognition of organizations that intentionally pursue ethical enterprising.  A panel of judges selected E.E. Ward based on criteria that demonstrate a high level of trust among its employees, customers and communities.

“We are honored to receive this recognition.  When my partner, Brian Brooks, and I purchased E.E. Ward in 2001, we agreed to define our business practices by adhering to a philosophy dedicated to the highest level of ethical performance with our employees, our vendors, and our community partners,” said co-owner Otto Beatty III.  “For more than 130 years, E.E. Ward has been dedicated to providing its customers with an unmatched sense of comfort and security when relocating and storing their possessions.  This is our legacy and continues to be the standard for achieving continued success.”

Check out the official press release on the BBB website 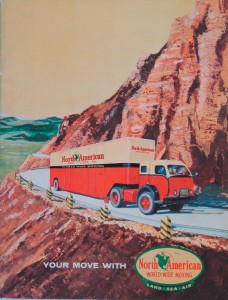 The trucks may have taken on a few new faces over the years, but the E.E. Ward practice for providing excellence has remained constant.

The secret to E.E. Ward’s longevity is keeping with this mission for every client at every move. That’s the kind of security that has lead us to this new honor! At its start, E.E. Ward consisted of nothing more than a wagon and two horses.To read more about the company’s simple beginnings visit our history page.