As the non-profit trade association which administers the industry’s ProMover quality certification program, the American Moving & Storage Association (AMSA) represents members of the professional moving industry based primarily in the United States. E.E. Ward is an AMSA member and a ProMover which is dedicated to upholding the AMSA Code of Ethics to mitigate unethical moving practices and provide professional services to its customers. And the annual data of household moving and storage by E.E Ward also helps AMSA with its yearly industry report.

Having released the newest issue of “Industry Trends,” AMSA takes a focus on the Northeastern part of the United States this time. 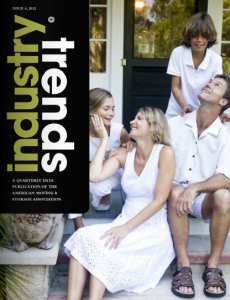 According to the data generated by inside and outside studies, more and more Americans decide to move South and West which leads to the new trend of mobility. Plus the old industrial economy has been struggling to transition to a new business model; it is said that many Northeastern states have been on a declining path for decades. At the same time, these states are also coping with declining home sales compared to other areas. Historically Americans are an extremely mobile people, but in the past several years, their mobility rates seem be telling us this is changing. That is not to say no one has moved in recent years. According to the Census, over 100 million people lived in a different home or apartment in 2012 as compared to 2007. However, that total has been down considerably.

The Census has detailed data on who’s moving. People in their late twenties had the highest mobility rate while Latinos and African Americans were the most mobile racial groups. Households making under $50,000 a year moved a bit more than those with incomes over $75,000. Renters moved much more than homeowners: at a rate of two-thirds to less than a quarter, respectively. But the Census can’t quite say why Americans are moving or not moving. The obvious culprit is the recession because when it’s hard to get a new job or sell your house, you aren’t likely to move.

As it has for more than 130 years, E.E. Ward has weathered recessions, depressions, and wars.  Despite historic changes and challenges, the E.E. Ward team stands ready to provide superior moving and storage services to meet the evolving mobility dynamic.

Click the link below for more information of data and facts by the latest issue of Industry Trend: