Quality of Service: Why It’s the Benchmark You Should Be Using 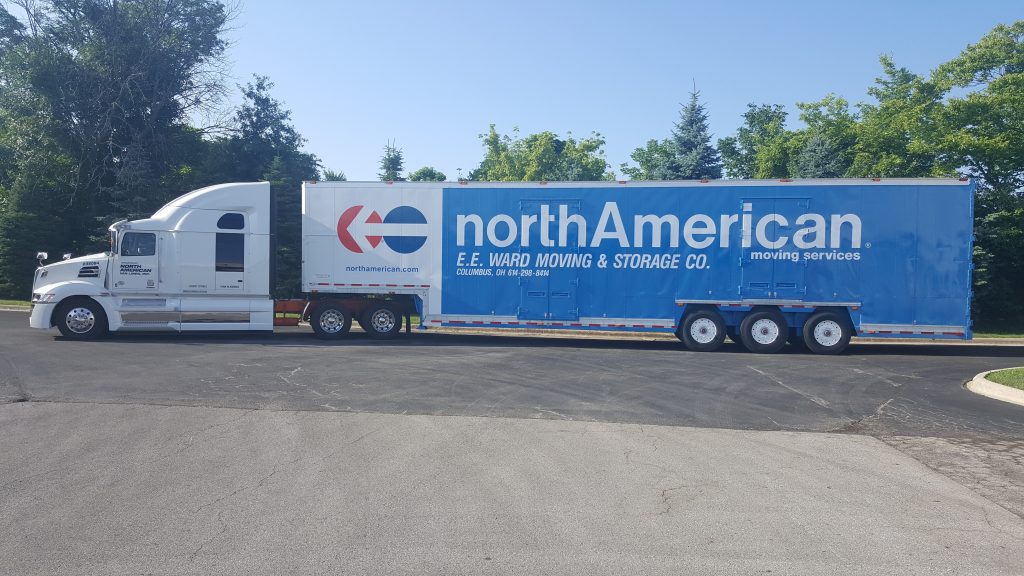 There have been many changes in the moving industry over the course of the last decade, but one thing remains a constant: Quality of service never goes out of style. Our customers who rely on us for their corporate mobility initiatives would no doubt agree. When a vendor partner leads with quality, it’s evident in every part of the service offering and in every part of the corporate mobility experience. The act of moving from one location to another, whether for an individual transferee or for an individual and his or her family, is one of the most stressful experiences most people experience in their lifetime, and when things don’t go as planned, or when service isn’t the highest priority in every instance, an already stressful time can become an untenable one. That’s why quality matters so much.

AMSA: What It Is and Its Industry Role Supporting Quality Moving Services

The American Moving & Storage Association (AMSA) is a nonprofit trade organization formed to represent and improve the moving and storage industry and is based in Washington, D.C. AMSA members are about 3,500 strong, comprised of professional moving companies that store and ship household goods and belongings for individuals moving across the country.

AMSA and its education foundation, the Moving & Storage Institute (MSI), provide resources and learning opportunities for people and companies in the moving and storage industries. This also includes working with organizations like the National Association of Independent Truckers (NAIT). As a whole, AMSA is focused on helping the industry with efficiencies, staying abreast of industry trends, adapting to a changing marketplace and, above all, delivering excellence in the moving and storage experience.

AMSA is equally committed to protecting consumers—corporate mobility professionals and their transferring employees, and individual consumers alike. In today’s internet-driven world, anyone can put up a website and offer moving services, which can make it difficult to find and retain quality services from trustworthy and reputable moving companies. That’s why AMSA created its ProMover program, which certifies that its member companies meet stringent requirements and agree to follow an industry-specific Code of Ethics. In short, when you work with a full service moving company that’s a member of the AMSA ProMover program, you know it’s someone you can trust.

AMSA and Its Industry Awards Program

Why does this matter? Well, it’s all about quality of service and the commitment that AMSA has to quality. Each year AMSA recognizes one agent and select drivers that reflect this commitment, and the moving and storage industry’s overall commitment to quality and providing unparalleled customer service.

The Super Van Operator awards, which includes the Lifetime Achievement Award, recognize drivers and owner-operators who provide the best in safe, reliable and customer-oriented household goods truck transportation. Winners are selected based on miles driven, accident record, lifetime driving record, time out of service due to violations, financial responsibility, community involvement, customer service, driving awards and outside interests and activities.

Why should you care about this? That’s simple: four of North American’s agent partners have been recipients of AMSA’s Moving & Storage Agent of the Year award in the past eight years, with three of those winners in the past five years. Three out of five years? Four winning northAmerican agents since 2010? And in addition, a northAmerican driver was honored in 2012 with a Lifetime Achievement award, and in 2015 with the Driver of the Year award. We think that’s a pretty great track record, and we suspect you might think so, too.

“The American Moving & Storage Association has stood for excellence and quality in moving services, advocating for and supporting the industry since 1920,” says Scott Michael, AMSA president and CEO. “The Moving Services Agent of the Year Service Excellence award is the top honor a moving and storage agent can receive in that it demonstrates the drive, determination, sheer hard work and unwavering commitment to innovation, service excellence and community necessary to truly be a leader in this industry. With four wins in the past eight years, along with several top driver awards, northAmerican Van Lines, and their winning agents and drivers, are a clear example of this commitment and we salute them.“

AMSA’s 2017 Moving & Storage Agent of the Year award winner was Brian and Dominique Brooks, co-owners of Ohio and North Carolina-based E.E. Ward Moving & Storage. Founded in 1881, E.E. Ward is the oldest African-American owned business in the United States. With a rich history, beginning as a stop on the Underground Railroad, with just two horses and a wagon, the 137-year-old company remains as squarely focused on principles of excellent service and giving back to the communities it serves today as it was when founded. E.E. Ward’s commitment to excellence is unparalleled, and that commitment shows in everything they do. Click here to learn mover about E.E. Ward Moving & Storage. 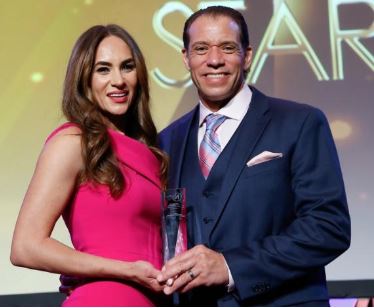 2015 was a very big year for northAmerican. That year, northAmerican earned the two top prizes offered by AMSA: The Agent Service Excellence (agent of the year) award and the Driver of the Year Award. The 2015 Moving & Storage Agent of the Year award winner was North American Van Line agent partner, University Moving & Storage of Detroit Metropolitan, helmed for the past 30 years by Elise Benedict-Howard. One of the few woman-owned, woman-led moving and storage companies in the United States, University Moving & Storage, based just outside Detroit in Farmington Hills, Michigan, with five locations in Michigan, Ohio and Indiana, has a stellar reputation in the moving and storage industry. Benedict-Howard purchased University Moving & Storage in 1986, and by 1989 had grown the company from the 400th North American Van Line agent to 15th in the country. Elise Benedict-Howard and her team at University are committed to customer satisfaction and creating lifelong relationships with their customers. Obviously, her formula, and her mantra of “every call counts and every customer matters,” is a key element of her success. University routinely leads the way with not only some of the highest customer satisfaction scores, but also some of the highest quality scores in the moving and storage industry.  Click here to learn more about University Moving & Storage. 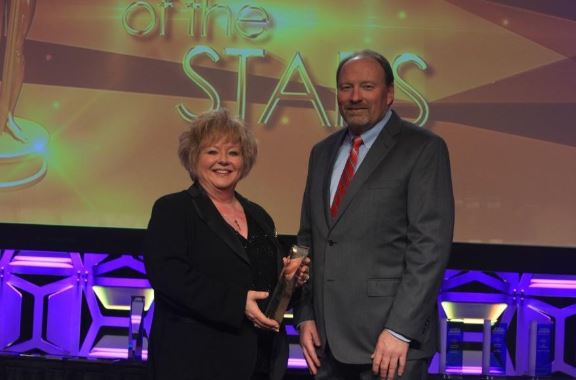 2015 was also the year that a northAmerican driver won the top driving award given by AMSA, the Driver of the Year award. Terry Hocking, a driver for northAmerican agent partner Beltmann Relocation, received the award based on his 21 years on the road, during which he drove a minimum of 25,000 miles each year and did so without incurring an accident. In addition, Terry won the Road Pro Million Mile award in 2009, which recognizes drivers who have logged one million consecutive, accident free miles. Terry has also received multiple Van Guard awards, which recognizes northAmerican drivers who successfully achieve outstanding performance in customer satisfaction, claims ratio, safety and hauling. 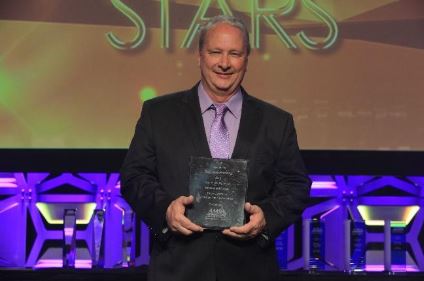 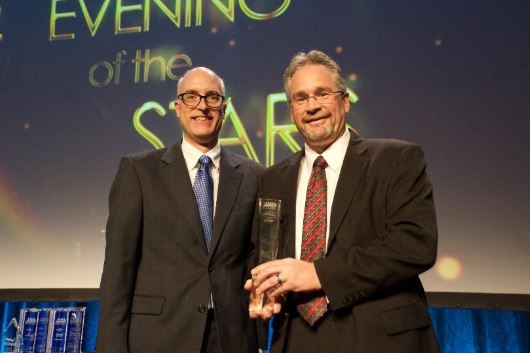 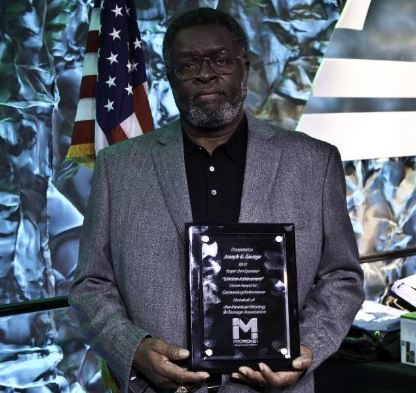 Finally, or starting it all, was northAmerican agent partner Republic Moving & Storage which won the 2010 Agent of the Year award. Republic’s win was only two years after agent owner Bill Lovejoy purchased the agency and joined northAmerican. Bill’s philosophy was simple: focus on quality and professionalism at every stage of the moving process, and hire individuals with a similar commitment to quality. Through a customer centric approach, and extensive training and development, along with recognition, Bill and the Republic team were able to succeed in growing their business despite less than perfect economic conditions.  Click here to learn more about Republic Moving & Storage. 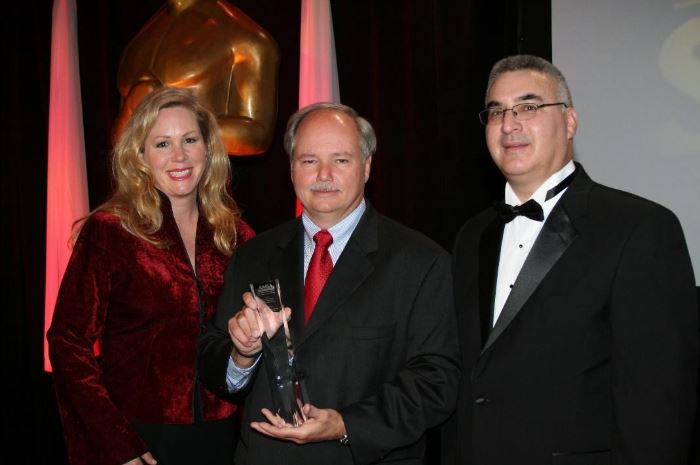 As you can see, I’m incredibly proud of our team of van line agent partners and drivers, and their collective dedication to not only the industry as a whole, but to quality customer service and excellence in every aspect of the services they provide. There’s a reason that North American Van Line partners have walked away with AMSA’s coveted Moving & Storage Agent of the Year award for four of the last eight years, and that two northAmerican drivers have been honored in that timeframe as well—they are nothing short of amazing. We are honored to have them as part of our team.