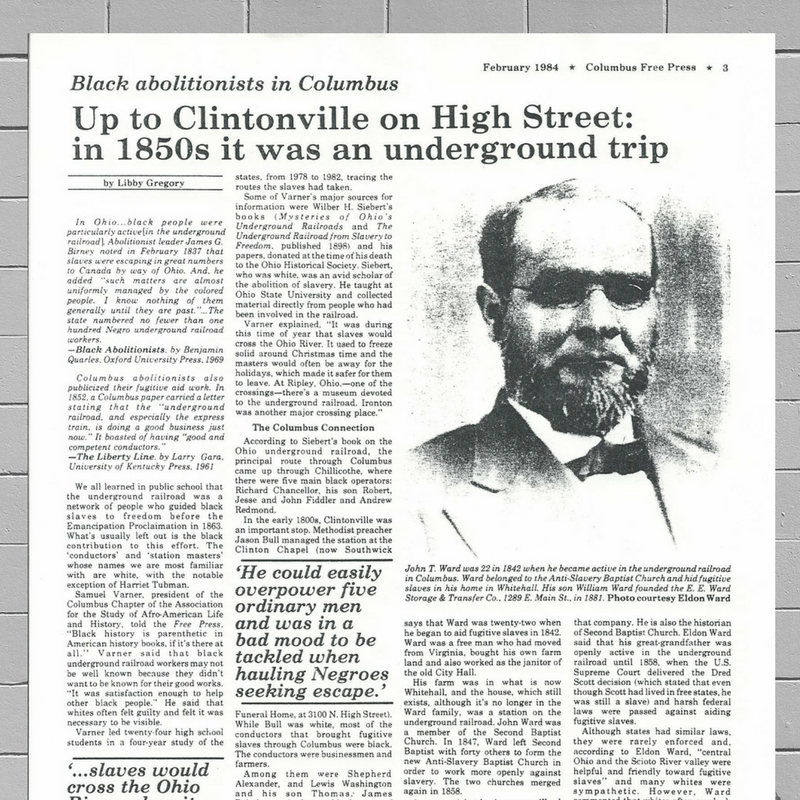 Martin Luther King Jr. once said “We are not makers of history, we are made by our history.” History is an important part of who we are, especially here at E.E. Ward. As the oldest continuously owned African-American run business in the country, our history is rich and important.

The E.E. Ward company history traces back to the days of the Underground Railroad. Here is an excerpt from an article published in the Columbus Free Press in 1984:

“The best documented case of a black operator of the underground railroad in Columbus is that of John T. Ward. Siebert interviewed him in 1892 and says that Ward was twenty-two when he began to aid fugitive slaves in 1842. Ward was a free man who moved from Virginia, bought his own farm land and also worked as the janitor of the old City Hall.

His farm was in what is now Whitehall, and the house, which still exists, although it’s no longer in the Ward family, was a station on the underground railroad. John Ward was a member of the Second Baptist Church. In 1847, Ward left Second Baptist Church in order to work more openly against slavery. The other two churches merged again in 1858…

Ward commented that whites often overlook the contribution free blacks made in building freedom and emancipating the slaves. “People say “Look how far you’ve come since the emancipation proclamation!” But when you look back you’ll see see blacks have been working on freedom since the revolutions. That’s what happened in the underground railroad, black people were working toward happiness for themselves and their children, just the same as anybody else.”